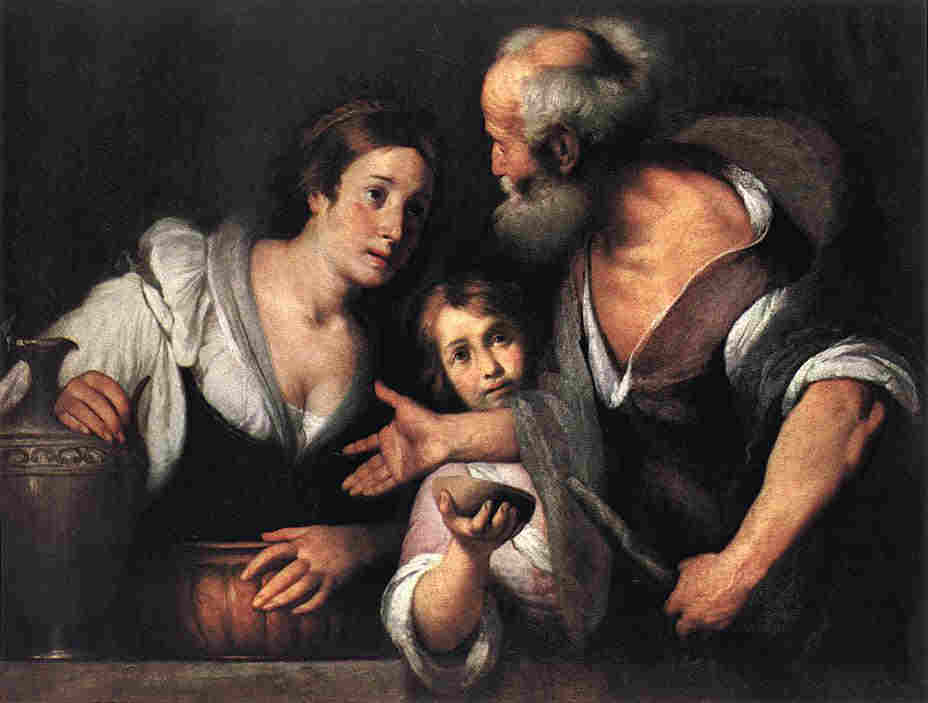 I am frightened and lonely. I hate to post things like this for fear that my dear friends will take it as an indictment of them, but I have been lonely for most of my life. The longing for home has at times felt gloriously fulfilled, like on my wedding day, but those times are rare.

We have lived in Michigan for almost 6 years, and despite my bright hopes for our future in Detroit before we moved at the end of 2014, we have neither lived in the city of Detroit nor ever felt at home anywhere around it.

That’s not to say that I don’t love Michigan. It’s very beautiful. We have found good friends here everywhere we’ve gone – even some best friends. But we have found Michigan to be a desert, or a land in the grip of a spiritual famine. And I have been no rainmaker. Living here has not been the triumphant procession I imagined. It has been a proving ground for my soul. Almost every group we’ve tried to attach ourselves to, regardless of how great the people are, has seemed closed to us. People have their own families and plans. For long, long stretches of time there was no one who would show up to a party if I threw one. We still ache for our kids, who don’t have a group of friends. We routinely ask God what we are doing wrong or not seeing. This seems to be the best answer we’re going to get.

There is as much famine behind and before us as there is right here. There’s no going back to old communities that have changed, and no promise it would be different if we went somewhere new. We have no family nearby, and my parents and sister live overseas. We lost a best friend and our children’s godfather to cancer in 2016, and just found out this Summer that another best friend has cancer. Both too far away for us to share their burden in any meaningful way. All around us it seems are lies and violence, and the fabric of a just and tolerant society is fraying beyond repair. Sometimes, despite my better judgment, I look into the future and fear for my children, for what kind of life they will have. I want to have hope, but I can’t manufacture it. I can only cling to the hope I know.

The Widow And The Uncomfortable Miracle

I stumbled across this half-finished post the other day. I wrote it when I was pregnant with Cora (#4) – one of the darkest times of our sojourn here. It feels as true now as it did then. How terrifying it feels to be a woman sometimes! How vulnerable you feel when you have small children totally dependent on you. Especially when you are carrying or nursing an infant. Especially when the world feels so scary and there is no comfort nearby.

I often think about this woman, the widow at Zeraphath. I feel like I know the utter hopelessness she feels, even though I don’t, not really. I picture her with her small son, at the mercy of the men around her. I can imagine the ancient world during a famine. It’s terrifying. I picture her as down and out long before the famine hit. Or newly widowed and scared out of her mind. She’s just a day away from one violent man deciding she was his to do what he wanted with, unable to physically protect her son. And then, as famine set in, the new fear that nothing mattered anymore anyway. They were going to die and there was nothing she could do.

For thus says the Lord, the God of Israel, “the jar of flour shall not be spent, and the jug of oil shall not be empty, until the day that the Lord sends rain upon the earth.”

And then came the prophet Elijah. Another man, telling her what to do. What could this man do to her that would matter? But he must’ve been different, this wild man out of the wilderness. Did the woman know that the Lord had commanded her to feed Elijah, as God told him? She doesn’t seem to know it, but she calls him the Lord Elijah’s God. And she believes him when he says to feed him, that the Lord would not let the flour and oil run out. That, or it really doesn’t matter that much if it doesn’t work, so she might as well do what he says. Was it faith, or just exhaustion that compelled her?

She’s come to mind again today as all the darkness is closing in and I feel like I can’t breathe. Where was that faith I had a few months ago? I can’t find it at all. Right now, I feel like if I have to live here another minute I’m going to go crazy. For whatever reason, though I’m not physically starving, I feel like that widow about to make my last meal and starve to death with my kids.

Not that a little flour cake is much to live on, either. It’s starvation fare – it’ll barely keep you alive. There was no abundance promised, just that little bit of flour and oil until the Lord sent rain upon the earth. And if this is a promise to me – that the flour and the oil will not run out until the rain comes – what do I take to be the flour and oil? Just the barely-enough energy and money to keep going through each day? No frills, no extras, no friends or community, no intimacy? No abundance or eating my fill?

But she did it. It was the only thing standing between her and starvation. She had the word from the prophet and the evidence in her face every day. She prepared those little cakes for herself and Elijah and her household for many days. That was it.

And it was a miracle.

Is this the miracle we’re supposed to look for? Is this all the faith I am to have left? Not that God is going to do big things for me, and through me? Just that I may keep on feeding myself and my household a meager, miraculous bread? And the promise of rain? No mention of when, or for how long we will have to subsist. Just that rain does come eventually.

I so want big, miraculous things to happen, and I want to be the instrument of those things. I don’t know about you, but we could use a Euchatastrophe* right now. But we have learned how to subsist when we could not thrive. I have learned to accept the miracle of a little bit of what I need, right when I think I am going to starve, and the promise that, sooner or later, rain is coming.

*”I coined the word ‘eucatastrophe’: the sudden happy turn in a story which pierces you with a joy that brings tears (which I argued it is the highest function of fairy-stories to produce). And I was there led to the view that it produces its peculiar effect because it is a sudden glimpse of Truth, your whole nature chained in material cause and effect, the chain of death, feels a sudden relief as if a major limb out of joint had suddenly snapped back. It perceives – if the story has literary ‘truth’ on the second plane (….) – that this is indeed how things really do work in the Great World for which our nature is made. And I concluded by saying that the Resurrection was the greatest ‘eucatastrophe’ possible in the greatest Fairy Story – and produces that essential emotion: Christian joy which produces tears because it is qualitatively so like sorrow, because it comes from those places where Joy and Sorrow are at one, reconciled, as selfishness and altruism are lost in Love.“