I’m in no position to be writing about this. As I write, I’m mentally reviewing all of the terrible food choices I’ve made since Christmas and the subsequent mini- breakdown in my physical and emotional health. We’ve been bringing a steady stream of bottles of alcohol into the house. Not enough to fill a liquor cabinet Not even enough to take up any real estate in the kitchen. But enough that when we run out we get more. The desire for a drink in the evening has become more prominent than either of us would like.

I had wanted this post to be more victorious, and there is some victory in it, but right now I am mired in my own weakness and need.

I had wanted to start a fast today. An honest-to-goodness food fast that would go for at least 10 days. I had planned to have only water and green smoothies during this time. In order to be ready for this fast, I had wanted to cut out grains, starches, sugars, caffeine and alcohol in the weeks leading up to it in order to make the transition easier in the first few days. But last week we started school with my 7 year old for the first time ever. As I was trying to cut these things out of my diet, do school, prepare for guests and keep up with my writing work (which is seriously very minimal), I slowly lost the will to keep even those things out of my diet. They crept back in, one by one. So today – or tomorrow – is more about starting over again than triumphing.

This – starting over again – seems to be the story of health, and of fasting, for me. The whole reason I had the crazy idea that I could fast for 10 days in Lent is that I had experienced some success in this arena this Fall. Before that, the few times I had tried fasting went very badly.

For as long as I can remember, I have had blood sugar problems. As a kid, I had to race to the milk and cereal as soon as I got out of bed to stave off the sick hunger I felt as soon as I woke up. A couple of hours later, I would crash again. I eventually self-diagnosed an addiction to sugar/hypoglycemia. I concluded it was messing up my adrenal function, contributing to my depression and anxiety and controlling my life more than I wanted to see clearly. Toward the end of college I made some attempts to cut grains and sugar out of my diet. I usually caved after a week or made some legalistic exception in order to “keep the fast” without the actual benefits of cutting sugar out of my diet. Except for one curious incident, I always returned to a more-or-less “healthy” version of the SAD (Standard American Diet).

The curious incident was this:

In order to be prescribed medication for my depression and anxiety in college, the doctor wanted me to take a five hour glucose tolerance test. This is where you go in to the hospital, drink a disgusting high-sugar drink on a empty stomach and let them draw blood every half hour for five hours so they can track how your body is responding to the sugar. If it turned out I had a blood-sugar problem, she wanted to treat that first before putting me on medication.

For a person who couldn’t drink pop or eat anything sugary by itself at any time of day without immediately getting a headache or feeling a distressing combination of nausea, light-headedness and weakness in the pit of my stomach, I went into this test afraid that I would spend the morning vomiting. I knew, at least, that I would have a very wretched time. But I was sure it was going to mess me up for a week. At this point, I doubt I had ever fasted until lunchtime.

I did feel wretched, although I never vomited. But what I experienced was an after. The nausea and light-headedness passed. I returned to more-or-less normal after the sugar storm passed. I was just hungry. And I proceeded to down a McDonald’s meal as fast as physically possible.

I don’t know how I avoided gaining the weight I eventually did for as long as I did. I knew my diet wasn’t good, but I was lazy. My right hand was reading books about nutrition that were on the extreme end of the crunchy spectrum while my left hand was routinely putting large slices of pizza in my mouth. I told myself that a long walk or run once or twice a week was evening things out. 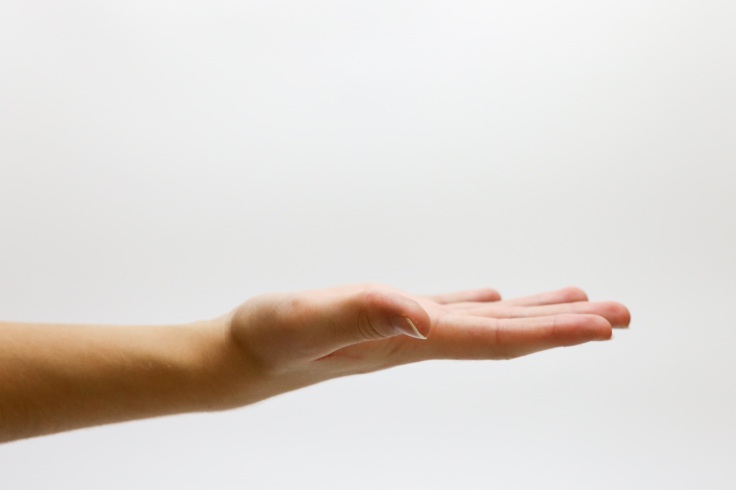 My church at the time did a church-wide fast twice a year (or quarterly?) in order to unify, and come together to pray over the ministries and plans for the future. It took me years to even listen to the call to fast and be part of it, but eventually I wanted to try. The plan was to fast for 24 hours, come to the prayer meeting at 6 or 7 p.m. and eat afterward together. I never made it until after the meeting. A day of only drinking grape juice (I don’t know why I thought that was a good idea) would inevitably leave me panicking to eat as soon as I left work. Pretty soon after that I entered a long, exhausting march of pregnancy and breastfeeding. Fasting was not in my lexicon. But I did start gaining weight I couldn’t shake off, and my desire to change my diet intensified.

When we moved here, I had tried going Paleo once or twice with little success. My new friend, Joanna, announced she was doing a Whole 30 and that was all I needed. She was my rock – without even knowing I was relying on her. The first time I tried Whole 30 was in Lent, appropriately. It felt like a spiritual experience. And for the first time, I experienced my cravings falling away from me. Sugar had lost its grip on me for a time. I hear this is what actual fasting is like too – after about 3 days you stop feeling very hungry.

This was two years ago. I lost and regained water weight a few times and then I discovered intermittent fasting. Intermittent fasting can be practiced several ways, but the way I did it was through fasting for part of every day, rather than a prolonged fast once or twice a month. You can look up the benefits of fasting if you want to have your mind blown, but I’m not proselytizing for fasting here. Of course, you will probably lose weight, but my desire has always been to free myself from the cravings and addictions of food. Whole 30 was great, but intermittent fasting combined with a diet as low in sugar and refined carbohydrates as possible made me feel like a different person. I finally started to lose more than water weight.

The problem is that those foods are always lurking. I’m always just one french fry stress-eat away from letting it all tumble down around me. But I’m starting to be okay with that.

For one thing, once your body gets into ketosis once (where it’s burning its own fuel rather than the sugars you’re consuming) it’ll get into ketosis again much faster the second time. I have found that to be very true. Now, it doesn’t take a week to start feeling the changes to my gut and my clarity when I cut out those foods again – more like 2 or 3 days. Now I know it’s not impossible. I’m actually, at any given time no matter how badly it feels like I’ve fallen, only about 2 weeks away from starting to lose weight again. There might be a few days of genuine suffering in between but I have learned to suffer a little bit too.

I find this whole process to have been God’s way of showing me, in real time and with my own body, what it means to be His. Fasting, as I have been told for years, simply reminds me of the truth. I need. I am not coming to this with any strength.

And so I enter this Lent with less will than ever before. I have less determination to do Lent right; to really fast. I feel so weak. But I also know that it all it takes is one small yes, one little mustard seed of intention for God to use. In two weeks, my outlook could be completely different.

So I would like to do it at some point during this Lent: try an actual fast. I think the place I’m in is pretty good: the acknowledgment of my need. But I’d like to try to go further. I’d like to try to press in to that place more. I want to see what happens after, what place I get to on the other side of some suffering.

God bless you as you press in this Lent. I pray you do. And I pray you, too, get to see what comes after.

One thought on “Fasting”