I’m working on a post about Ginny’s birth, but it’s slow going so I’m just going to write about a few random funny things if that’s okay.

So, I watched some of the Grammys last night. It was about what I expected. It’s funny to watch something like that when you never do. I find I look at it all with a kind of detachment that makes the spectacle funny. I can’t take any of it very seriously. Like Madonna, for instance. Did anyone else think she looked vaguely arthritic while she was dancing? I also caught the Lady Gaga Tony Bennet duet. I’ve never really seen her perform so this is just my first off-the-cuff impression. I thought she nailed that style vocally but watching her perform I thought, “this is a woman who is NEVER off stage. She’s incredibly self-conscious.” Her performance was flawless but I had the impression she knew what every molecule in her body was doing at any given time and was in tight control of them all. I wouldn’t want to be her in a million years. I guess that’s not funny…just interesting.

A couple weeks ago on our way home from church this Hozier song came on. I mean, THE Hozier song came on. Can I just ask what’s up with the white British boys who sound like black men on the radio? It’s disconcerting when you find out what they really look like! And Meghan Trainor…also not black. Sorry…anyway, I made Henry let me listen to it (he usually flips to NPR automatically) and we got to talking about how much we love this song. I said there was something appealing about the lyrics even though they kind of use religion in a non-religious way. Henry said he thought it was good poetry. He said it was brazen, like a passage from Moby Dick – which he finally just finished reading – where they do a mock communion about catching the whale. It’s not holy, but it’s kind of powerful used sparingly. Anyway, I just like everything about the song. And, OK, I bought the album today. Did anyone see this last night? Gah! Totally worth watching the Grammys to see. I had chills. Then I proceeded to hear the song all. night. long. in my dreams. I woke up from a dream where I was sitting at a piano vainly wishing I could play and sing it and arguing, a la Wheaton College days, with a couple of random young men and my sister about the finer points of theology and culture w/r/t church and sex. I was on the point of using Henry’s example to back up my liking of the song when I woke up. Guess I liked it a little TOO much. 🙂

So…on Friday – my second day home by myself with all three kids – I was sitting on our sun porch nursing Ginny when I heard an altercation upstairs followed by Wyatt crying. Nothing out of the ordinary. I figured he’d come to me if it was bad enough. He usually does this. After a few minutes with no abatement in crying Gilead came to me and casually mentioned that Wyatt wanted me because he’d hit Wyatt on the head with a block but that it had been an accident. I sighed and put Ginny in the crib (where she proceeded to cry for me…what the heck, mom?) and stomped to the stairs. I looked up to see this: 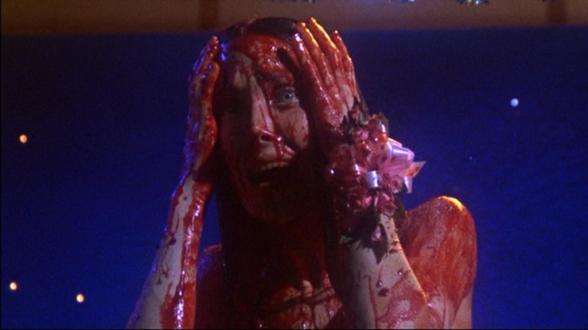 It was funny later, I promise. He was more upset about the blood he could see on his hands than the pain in his head. It was a very minor cut, it just bled a lot. After a bath and some ibuprofen, he was fine. But just picture me sitting in the bathroom on a stool holding and trying to nurse Ginny with one arm while I sobbed and tried to mop up a sobbing Wyatt with the other and, in between sobs, admonishing an whimpering Gilead in the doorway not to hit people because he could really hurt them. It must have been an awe-inspiring scene. Good times.