So… I’m so sorry it has taken me until now to post. I had a very busy week two weeks ago and then was gone with my hubs last week (more to come on that) and since I’ve been home have been cleaning, unpacking, cooking, shopping and taking product photos.

Two weeks ago I was busy slaving away at all of my new Fall and Holiday designs for 2009. Can I say how much fun that was? It was FUN. And then I realized my eyes would no longer focus. Damn old glasses. I have quite the glasses debacle going on right now. Anyway…the whole point of this is that I have so many lovely treats going up on my site continuously these next few days. There are already a few new ones up there.

So that was the first thing. I pounded out all these designs so that I would have some things to showcase at Rez’s Fall art fair. I had so much fun there talking to others with similar business interests and seeing people like my stuff. It was very gratifying and it made me realize I really need to get out more. I mean, there are only so many times you can listen to “Two Weeks” until you don’t love it anymore. (So far I haven’t figured out that number and am listening to it right now. Thank you Heather Armstrong). It also boosted my confidence by 100%.

The other confidence booster was the photo shoot I did with Emily, Sara, Meghan and Peju later that day. It was a very long day, but oh so worth it. I arrived in the city around 3 with literal armloads of jewelry fresh from the art fair to find an apartment full of girls and clothes and makeup. Emily kept saying how much fun she was having, which was good because she was doing a lot of the work. That girl was tireless. I guess you have to be when you shoot weddings for a living. We had a whole lot of girlie fun. Even Meghan – who doesn’t like having her picture taken. 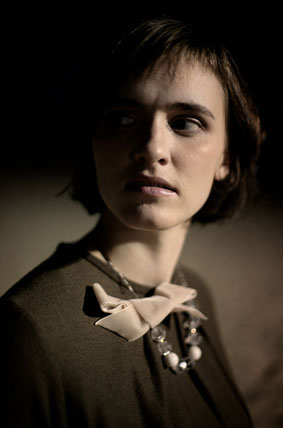 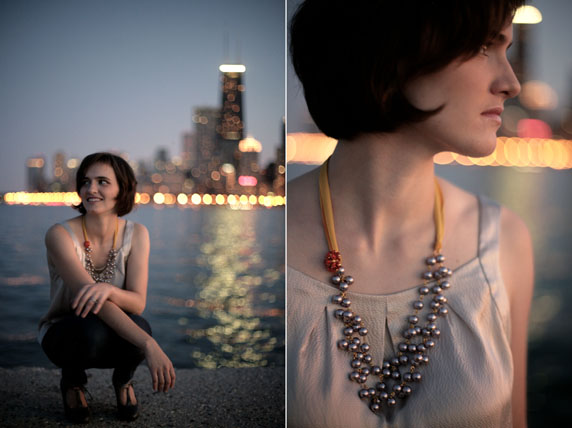 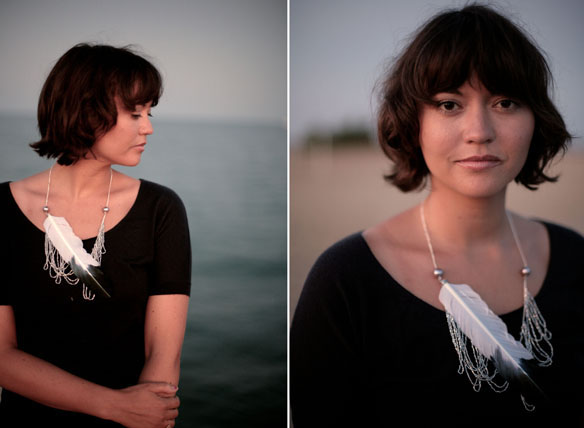 Some of these Emily did while I was gone this week. Thank you Emily! Didn’t they turn out wonderfully? These are just a few from the sneak peek she sent us all. There are a LOT more where these came from and I’ll be sharing soon. However, onto thing #3 which is that I HAVE BEEN MARRIED FOR A YEAR!!!!!

In celebration of that fact and because we didn’t want to be separated, I accompanied Henry on his college fair tour. This is us looking goofy in Cincinnatti 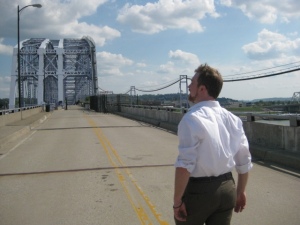 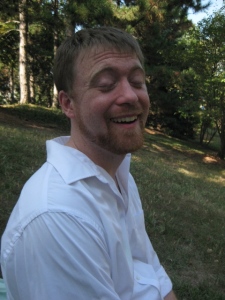 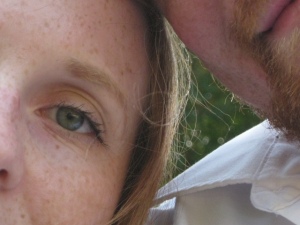 It started in St. Louis – of which I only saw the Doubletree Inn. The warm cookie made me really happy though. We drove to Indy the next day and I spent the fair in a Border’s reading dirty home and garden magazines. I pretty much spent the whole tour reading except for when I was making a baby gift for Becky’s baby Grace, due in November. I won’t show it, though, in case she’s one of my loyal readers. I’ll post that later – it’s super awesome.

I know you don’t want to hear about all of the food I ate, which is pretty much the only other component of that trip, so I will end this post only to take up another about our ANNIVERSARY weekend in New Buffalo, Michigan.

One thought on “Long awaited”